The Polish film festival filmPOLSKA invites friends and lovers of Polish cinema to Berlin this June. The 17th edition starts today in cinemas, clubs and public spaces and will take place until 29 June 2022.

In the years 2005-2021, the festival presented a total of 1,637 films in 1,363 screenings. 341 guests came to Berlin from Poland and discussed with the audience. There will also be a discussion, a workshop, a concert and an exhibition.

The jury will select the winner of the filmPOLSKA Award 2022 from seven films. The four young ladies of the folk-pop band LOR will give their first concert in Germany at filmPOLSKA. All proceeds from the concert will be donated to the Future For Ukraine Foundation (Warsaw/Kyiv) for the benefit of orphans. The important and momentous events currently taking place in Eastern Europe will be viewed from the perspective of filmmakers and journalists in a panel discussion. Natalia Libet, Zhanna Ozirna, Michał Bielawski and Andrei Kutsila will talk about their professional practice - because in their works they report on the war in Ukraine, the anti-government protests in Belarus and the effects of the massive refugee movements in Poland.

This and much more will be presented at the 17th edition of The Polish film festival filmPOLSKA. The festival is co-financed by the Ministry of Culture and National Heritage of the Republic of Poland from the Fund for Cultural Promotion and supported by the Polish Film Institute and Mokry Nos Psa.

More information can be found here. 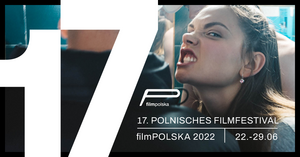