interfilm is Berlin's largest and oldest short film festival. From 15 to 20 November the festival fills a wide variety of venues throughout Berlin with a diverse program with questions of global justice and colonial heritage, climate change and the changing environment, representation, personal development, political participation, the desire for life, love and everything that makes us human.

interfilm offers a program with highly-endowed competitions such as documentary competition, green film competition or the European Short Film Audience Award. The 53 films of the International Competition highlight the work of directors who have created stories revolving around the thoughts and emotions of humans embedded in systems: Domestic political events and international affairs, the pandemic, economic crisis, inflation, environmental disasters. In between these themes, two contradictory forces shape the topography of our society: globally rampant capitalism versus progressive forces of solidarity and their struggle for change, for a better tomorrow.

The regional focus looks towards the Philippines, while the thematic focus Ghosts of Europe holds a mirror up to the EU and concerns with Fortress Europe. INTERFILM dedicates a spotlight program to critical Belarusian filmmaking, which courageously takes on the current regime.

interfilm as a festival also includes KUKI, a festival for young audiences as well as a distribution, sales department and agency that will take place on 15 - 20 November. The festival also promotes short film as a medium in schools and push the short format as exciting content for TV, streaming and cinema. The films in the broad spectrum of programs deal with socially-relevant topics and raise questions, but also inspire confidence and empathy. 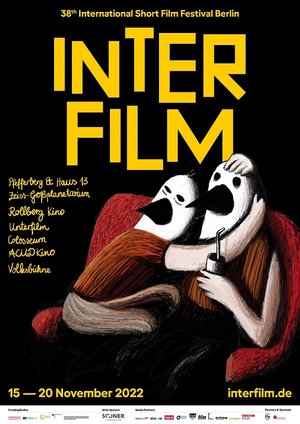