The Flensburg Short Film Festival is a film festival for short films in the Schleswig-Holstein's city of Flensburg, which takes place from 17 to 21 November. From about submitted 500 works, an exciting selection out of six competition blocks have been put together - a cross-section of the German-speaking and Danish short film production.

For the first time, the competition will also be shown in the pilk table. There will be a lot of space for discussions after the films. Another novelty is the program “Who does that?”, in which various representatives of film festivals in Schleswig-Holstein report to the audience on the basis of a personal selected films what fascinates them about this work.

Visitors can expect qualitative diversity in 12 different moderated program blocks: Six competition programs - with current short films from Germany, Switzerland and Austria, a competition block with Danish short films, one program with films from the “Rolle Vorwärts” for children and one for teenagers (from 12,) international animated films in the "Tricky" block, and ten films “From Neighbours and Friends” from the Northern German region.

More information about the line-up can be found here.

MiteinAndersSein is the name of a campaign with which Brücke e.V. Flensburg wants to make the stigmatization of psychic people perceptible and to break down prejudices. Together with the Brücke, the festival  is paying particular attention to short films that raise awareness of this topic: With the prize  “Flensburger Querkopf” short films that depict living environments influenced by psychological challenges and reduce prejudices against people with psychological stress will be honoured.

The festival is organised by the association filmkorte e. V. in cooperation with the European University and the Flensburg University of Applied Sciences. 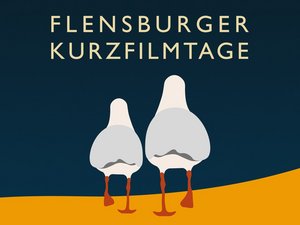