The Göteborg Film Festival is taking a new route with this year's edition by exclusively taking place online with nearly 70 films. This year’s festival focus, Social Distances, explores the new world that has emerged during the pandemic times.

The "Göteborg Film Festival" is the largest film festival in the Nordic countries, every year the festival team tracks down films from all over the world for the festival. In this year's edition nearly 70 films have been gathered and will be screened. Some of these films will have their premiere screening at the festival.

Due to the ongoing pandemic the festival will take place exclusively online to prevent the spread of Covid-19. The event has offered seminars, live music, art exhibits and many other activities in recent years. This wouldn't be able this year, but the festival team still wants to offer the full Göteborg Film Festival experience.

The festival have chosen an online streaming method to still execute the festival, the streaming will be online available in Sweden. With the digital 11-days festival all the films are watchable from 29 January to 8 February 2021. The festival's program is composed with many different kinds if films.

Since the festival started in 1979 every year the Dragon Award honours films, actors and directors for their performances. The Dragon Award has one of the biggest cash prices for a film award. 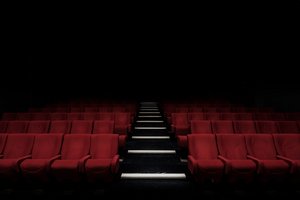