The International Wildlife Film Festival GREEN SCREEN is the most popular annual festival for nature documentaries in Europe and an important international industry meeting place for professionals. This year's festival takes place from 7-11 September.

Thousands of nature-loving film fans watch the best films from all over the world at the annual GREEN SCREEN Festival. All nominated and additionally selected films will be shown in Eckernförde, a town in Schleswig-Holstein, Germany. The core of the festival is the international GREEN SCREEN competition for the BEST NATURE FILMS of the year, where prizes are awarded in 16 competition categories. Hundreds of submitted productions are judged by a nomination jury and a prize jury each year.

This year's country focus France features 17 productions showing the current spectrum of French nature and wildlife films. Green Screen expects numerous filmmakers and producers from France. Topics include "Kalahari" and "Yukon" as well as "Threat to bird migration" impacted by humans. Green Screen 2022 will conclude with two festival days in Sønderborg, Denmark, on 21 and 30 September with a selection of outstanding films.

GREEN SCREEN is convinced that the preservation of species in an intact environment can only succeed if people of all ages are aware of the beauty of nature and are sensitized to its growing threat. A trailer for GREEN SCREEN 2022 can be found here. 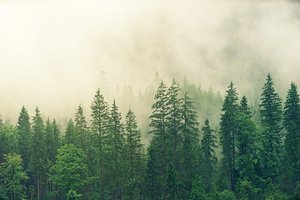