Situated in the greenery directly on the beach of the Schlei, visitors of the NORDEN festival can experience current music, short films, readings and street theater from Schleswig-Holstein, Hamburg and the European countries bordering the Baltic Sea during the period of 26 August and 12 September.

The festival's programme consists of activities such as climbing, kajaking and Stand Up paddling, of workshop and lectures about Estonia's Island Paradise or Iceland language course as well as actions organised especially for kids. The film programme of this year's festival will feature excerpts from Scandinavian and European festivals: short films from the Sveriges Kortfilmfestival from Stockholm, a Danish film program and impressions from the Vilnius International Short Film Festival from Lithuania. The timetable for the entire festival can be found here, all participating artists can be found here.

A weekend of current pop music from popular bands and newcomers from Schleswig-Holstein and Hamburg will take place between 26 and 29 August. The idea of NORDPOP is to bring well-known musicians together with newcomers. There will be autograph sessions, meet and greet sessions and the opportunity to shoot videos and trailers on site.

Sustainability is a big topic of the festival: from the very beginning, NORDEN has been a sustainably designed festival with a constant focus on resource conservation and responsibility. The organisers recommend to leave the cars at home for the journey and travel by public transport. All events exploring the topic sustainability will take place at the Green Pavilion. ARS BALTICA will run a CULTURE4CLIMATE workshop on 12 September that will focus on the prominent role of culture in combating the climate crisis. 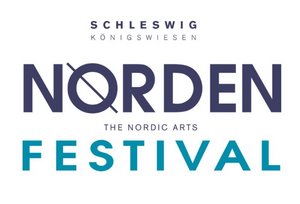