The 26th International Film Festival for Children and Young Audience SCHLiNGEL will take place from 9 to 16 October 2021.

More than ten professional and children/junior/youth juries will award numerous prizes in national and international competitions for the festival's edition in 2021. Submissions can be made for the following competitions, in which cash and non-cash prizes will be awarded:

The children's film competition honors among others the best acting performance of a child. Only children’s and youth films completed after the 1st January 2020 can apply for the competitions. For the selection process, films that are not produced in German or English must be subtitled in one of these two languages. German premieres are required for the categories of international children's film, junior film and youth film. For SCHLiNGEL selected films primarily will be presented at different festival locations physically.

Applications should be submitted before the deadline of 1 June or 1 July 2021 depending on the category. More information about the open call can be found here.

The festical gives an overview of current international productions and aims at motivating distributors and TV stations in Germany to integrate these films into their programmes. Eastern European countries are one of the festivals geopolitical focuses. At the same time the festival offers both its young audiences and professionals from around the globe insights into the latest German children’s and youth film productions. SCHLiNGEL is organised by the non-profit organisation Saechsischer Kinder und Jugendfilmdienst e. V. and co-organised by Saechsische Landesanstalt fuer privaten Rundfunk und neue Medien (SLM). 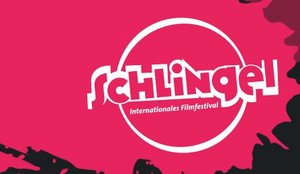