The festival will offer a professional program in order to provide participants with the tools needed to create good marketing. This year’s festival will not be quite but will be presented in a form that allows as many people as possible to participate. This year will be an arena where audiences and professionals can gather, that experiences can be exchanged and it can be possible to participate in discussions. Most of the program will be online, and you can participate from wherever you are in the world.

In 2005, the Performing Arts Company established the annual Showboxfestival for the performing arts. The goal was to strengthen the competence of the performing arts in the target group of children and young people and to introduce new artistic projects to a wide audience from all over the country. The organisers try to facilitate every aspect of the festival to be able to receive direct feedback from the young members of the audience themselves. They have a blog run by a group of teenagers who participate in the festival. During the week they publish their thoughts, interviews, reflections and reviews of the different performances. The communicated arts  must have meaning and its about meeting young people and hear their views on performances deemed by adults to be of both good quality and suitable for that particular audience.

Many interesting and inspiring performances will take place, for example The mechanical garden:

The two friends Fio and Lyria live in a beautiful garden where they plant vegetables and enjoy eating applepie, drink tea and listen to music every day. One day a mysterious figure enters the garden and wants to hang a new bird box. Fio politely says declines, since he has just hung a new bird box. That night, the mysterious figure sneaks back into the garden, and changes the bird box in the garden. After this, mysterious things begin to happen to the garden. It becomes more and more mechanical, and the friendship of Fio and Lyria is put to the test. The two friends travel underground to a dark and mechanical world. Here they meet the creatures Pappa Potet, a Hacker Robot and a King who controls everything. Will the friends manage to save the garden from becoming completely mechanical?

Den Mekaniske Hagen is a play written by the three friends, visual artist Camilla Kloster, musician and composer Knut Sævik and musician Lena Nymark. The play will be experienced as a mixture between theater and cartoon, where animation is constantly projected on the scenes.

The full festival's program can be found here. 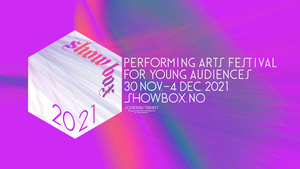